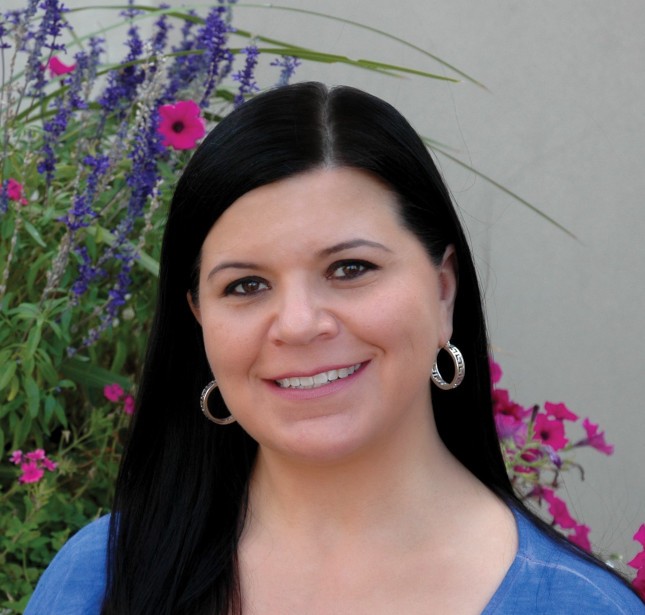 Sarah EchoHawk, a citizen of the Pawnee Nation of Oklahoma, has been working on behalf of Native people for over 20 years. She has been the Chief Executive Officer (CEO) of the American Indian Science and Engineering Society (AISES) since 2013. Prior to joining in AISES, Ms. EchoHawk was the Executive Vice President of First Nations Development Institute, a national nonprofit organization with a focus on economic development for American Indians. Ms. EchoHawk also served as the interim CEO for the organization’s subsidiary, First Nations Oweesta Corporation, during its management transition in 2010.

Before joining First Nations Development Institute, she spent several years working for the American Indian College Fund raising support for tribal colleges and universities. During her tenure there, she served in many areas including operations, program management, communications, foundation relations, and individual giving. Ms. EchoHawk was an adjunct professor of Native American Studies at Metro State University of Denver for nine years where in addition to teaching introductory Native American studies courses, she also taught Native American Politics and co-taught Native Americans and Law with her father, John Echohawk, who co-founded the Native American Rights Fund (NARF) in 1970.

Ms. EchoHawk serves on multiple boards. She is currently the Vice Chair for Native Americans in Philanthropy, the Chair for the Native Ways Federation, and the Chair for Red Feather Development Group. She is also a member of the ad hoc committee at the National Academies of Sciences, Engineering, and Medicine for a project addressing the underrepresentation of women of color in tech. Additionally, Ms. EchoHawk is a member of the advisory board for the American Indian Policy Institute at the University of Arizona, Collaborative Advisory Board for Women of Color in Computing Research, Champions Board for the National Girls Collaborative, and is a former board member for the Oregon Native American Business and Entrepreneurial Network (ONABEN). She is the PI/Co-PI on multiple National Science Foundation grant projects and previously served as an Ambassador for the U.S. Department of Energy’s Minorities in Energy Initiative.