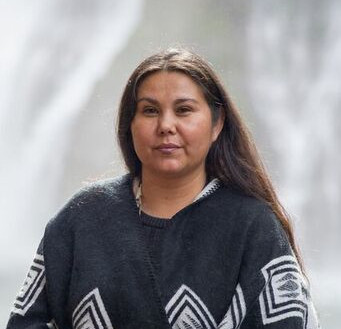 Morning Star Gali is a member of the Pit River Tribe located in Northeastern California. Ms. Gali serves as Project Director for Restoring Justice for Indigenous Peoples (RJIP) and as the California Tribal and Community Liaison for the International Indian Treaty Council, working for the Sovereignty and Self Determination of Indigenous Peoples and the recognition and protection of Indigenous Rights, Treaties, Traditional Cultures and Sacred Lands. She's the Tribal water policy organizer for Save California Salmon and has worked as the CA Regional Network Weaver for Native Americans in Philanthropy.

She is a 2019 Open Society Institute Racial Equity fellow, Funders for Justice fellow 2018-2021 and a 2016-2018 Rosenberg Foundation Leading Edge Fellow, focusing on the disproportionate impact of the criminal and juvenile justice systems on Native Americans. Between 2012-2016, Ms.Gali previously worked as the Tribal Historic Preservation Officer for Pit River Tribe. She Continues to lead large-scale actions while helping organize Native cultural, spiritual, scholarly, and political gatherings throughout California. She is deeply committed to advocating for Indigenous sovereignty issues such as missing and murdered Indigenous women (MMIW), climate justice, gender justice, and sacred sites protection on behalf of the tribal and inter-tribal communities in which she was raised.

Morning Star serves as a board member for California Indian Heritage Center Foundation, American Indian Cultural District of San Francisco and Women's Health Specialists of California, along with serving on a number of advisory committees that advocate for the sovereignty and self-determination of California’s indigenous peoples and sacred landscapes.